Home | About Us | Church History 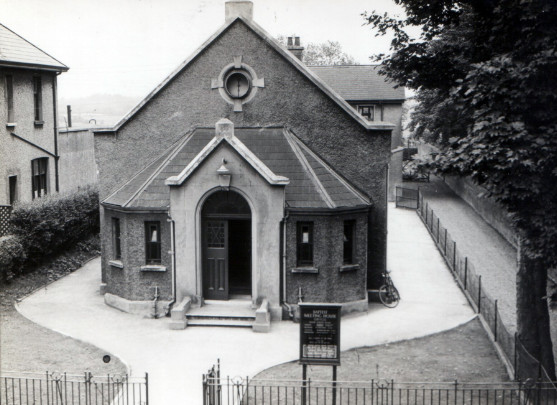 In the early 1800s, Portadown was a small town of approximately 820 people. John Wesley preached in the area seven times, and the Methodists were the first to start a Church there in 1802. The first Baptist Church in Portadown was established in a room of a private house in Bridge Street, Edenderry, by Rev. John Douglas on 20th February 1864, just five years after the 1859 revival – the room was leased at a cost of £10 per year. This work in the town included a thriving Sunday School which had 80 children in attendance in 1869. Three members of that 1864 Baptist Church went on to become Baptist Pastors, and another served in missionary work.

In September 1924, the year of the first successful round the world flight and the first BBC broadcast from Belfast, two important events also took place in Portadown. The first was a summer tent mission, led by Pastor R. Clendinning and Pastor G.H. Weir, which was well attended and greatly blessed (despite the weather being ‘exceptionally rough and wet’!); the second was the formation of a new Baptist Church on Sunday, 28th September 1924 – this would later become “Portadown Baptist Church”.

Initially, the congregation met in the “Catch My Pal” Hall in Edward Street, and the first baptisms were held on 13th November and 8th December 1924. Among the 13 founding members was a Mrs. A Wightman, who had been associated with the earlier Baptist witness in the town some 50 years previously. Her faith endured, and she was instrumental in initially naming our church “Portadown Baptist Meeting House”.  At the formation of the church, with 46 people present, Pastor I.P. Bell from Tandragee (presiding) introduced the first Pastor of Portadown Baptist, George H. Weir, who was a graduate of the Irish Baptist College. [See ‘An Eyewitness Account of the Formation of Portadown Baptist Church’]

See HISTORICAL DOCUMENTS section below for scanned copies of documents and audio recordings of interest.

By this time, the population of Portadown had grown to around 14,000. Having continued to rent the “Catch My Pal” Hall for the first two years of its existence, the small fellowship grew and began to consider the seemingly impossible task of building a meeting place of their own. After much prayer and sacrificial giving, and with the assistance of the Baptist Union’s Building Fund,  the original Portadown Baptist Church building in Thomas Street was built in 1926 in the wake of the ‘Great War’ and the partitioning of Ireland. With 350 seats, the building cost £1960 to construct – just one year after opening, £1005.7.6 had been raised by the small band of believers. Mr Harry Corbett Sr. held the post of Church Treasurer from 1925 to 1953. Of him, Pastor William Weir said: “The two Baptist Meeting Houses in Portadown [and Killicomaine, see below] are permanent monuments to his foresight, his energetic activity and his unwavering faith”.

It is said that to record even a summary of the happenings of these early years would require a volume in itself. Pastor G.H. Weir was remembered as a true shepherd to the flock, showing meekness, forbearance, humility, patience, sympathy and love in considerable degrees. His life and walk, the example he set, and his untiring labours bore fruit in many lives.

During the difficult 1920s and 1930s, a witness was maintained in the town despite trying circumstances. In 1925, as Portadown faced post-war depression and unemployment, Pastor G.H. Weir wrote: “Brethren, pray for us. We need your prayers. The Lord has been blessing us, but the devil has not forgotten about us, and sometimes one feels like saying: ‘Who is sufficient for these things?’”. After 14 years of ministry, in July 1938 Pastor Weir received a call to East End Baptist Church in Belfast – leaving behind a Portadown Baptist Church which was now so well established that it was self-supporting.

Arriving in 1939, Pastor William Wilson – previously an evangelist in Scotland and England – ministered during the Second World War, a time of which he later wrote: “Despite grim wartime conditions, we saw heartening congregations and experienced a measure of encouragement”. In the Baptist Magazine of June 1941, he conveyed the sympathies of the fellowship to the brethren in Belfast, whose work had become increasingly difficult due to the evacuations caused by recent air attacks.

A great part of his focus was on evangelistic efforts in the Seagoe, Corcrain and Knocknamuckley areas. In 1943, he received and accepted a call to Grove Baptist Church in Belfast, having seen a marked increase in the attendance at the services in Portadown and some 23 members added to the church during his time as Pastor. It is recorded that during these years there was a great breakdown in prejudice, and an increase in fellowship with evangelicals in other denominations.

From 1943-1968, Pastor William Weir – a brother of Pastor George Weir – took up the pastorate of Portadown Baptist. He had previously ministered in Clifton Park Baptist in Belfast. During his 25 years of consistent and faithful ministry, many were converted and added to the church. The growth seen during these years was evident when he retired, as the church building now needed to be extended.

During Pastor William Weir’s time, Portadown Baptist became a church-planting church. Following a tent mission held in Killicomaine in 1949, in 1950 Mr Thomas Watson donated land for a new church plant in the Killicomaine area. This extension of our church was opened in September 1950 on the 26th anniversary of the Thomas Street Church. One of our church elders at the time, Mr Harold Topley, was asked to supervise the work in its early stages. A short time later, with the building fully paid for, 39 church members and their families transferred from Portadown to Killicomaine. The new Killicomaine Baptist Meeting House eventually became an independent church when it was constituted on 10th June 1958.

Back in Thomas Street, pressure was on to provide extra space for the Sunday Schools and Youth work. Following the use of a small wooden hall in 1965, in 1966 Mr Kenneth McCluskey purchased the Harford Street Mission Hall and presented it to the church as a gift to accommodate the growing youth work. This wooden hall was moved to Tavanagh Avenue to be in closer proximity to the church and was used for all the youth and children’s meetings. In the same year, following a Tent Mission at the corner of Montague Street and Charles Street, an outreach work commenced in the Corcrain Community Centre, where a Sunday School and evening service were held. This was the beginnings of our outreach in the Brownstown area.

In 1970, we were approached by the executors of W & J Sprott regarding the purchase of a house next to the church building. This allowed the nearby Tavanagh Avenue manse to be replaced with a larger house right beside the church building in Thomas Street. In 1971, the much-needed extension of the original building was also carried out, with alterations to the front of the building providing an increased seating area – in the meantime, the church met in the Christian Workers’ Union Hall on Shillington Street.

In 1973, following a period of 5 years without a Pastor, an invitation was extended to Pastor Paul Tucker of East London Baptist Tabernacle. Pastor Tucker accepted the call and was welcomed at a Recognition Service on 30th August 1973, and in the subsequent years the congregation was wonderfully blessed by his preaching of the Word. In 1974, the Church celebrated its ‘Golden Jubilee’, and in 1976 a further renovation was carried out with two side ‘wings’ being added to accommodate the growing congregation. The congregation met in the nearby Town Hall while these works were carried out.

During Pastor Tucker’s ministry one of the encouraging aspects was the attendance of an increasing number of young people, many of whom became active in the ‘Campaigners’, which had begun in 1965. The existing Church Halls were undoubtedly too small, and so during the early 1980s extensive halls were built in Tavanagh Avenue to the rear of the church in the large garden connected to the Manse, and were officially opened by Mrs Clara Corbett on Saturday, 17th April 1982. We are indebted to those who spent much time and effort in planning and carrying out the construction work, and those who gave sacrificially to cover the cost of £91,000. The ability to accommodate Sunday Schools, Campaigners and all the other activities carried out in the Halls over the years has been of vital importance in the life and ministry of our church. Pastor Tucker’s ministry continued until 1983, when he had to retire due to ill-health.

Portadown Baptist was without a Pastor until November 1984, when Pastor S.C. Morrison, previously of Kilkeel Baptist Church, received and accepted the call to become our next Pastor.

In 1989, Mr Bobby Jameson donated the old Metal Box Canteen building on Brownstown Road to the church in order to facilitate a Christian outreach in the Brownstown area. This has become known as our ‘Brownstown Hall’ and provides a meeting place for ministries catering to all ages. The building has been constantly improved and modernised during the years since and has seen a great deal of use by a wide range of ministries.

Meanwhile, back at Thomas Street, due to further increasing numbers it was decided that the original church building should be demolished and a new larger building, seating 500, constructed in its place at a cost of £309,000. This new building was officially opened in 1990 by Mrs Lucy Strain and Mr Kenneth McCluskey, and the facilities it provides have been a great blessing to our fellowship ever since.

Following 25 years of faithful ministry, Pastor Clifford Morrison accepted a call to Carr Baptist Church, and was bid farewell at a packed service on Friday, 3rd April 2009. Following his departure, Pastor John Kimber (who had been working alongside Pastor Morrison as a Student Pastor while studying at the Irish Baptist College), after a period as Assistant Pastor, took up the pastorate from 2014-2018 following an Induction service on 6th April 2014.

On 11th April 2021, despite being in the midst of a partial lockdown due to the COVID-19 pandemic, an Induction Service was held for Pastor Andrew Roycroft (formerly of Armagh and Millisle Baptist Churches) as we welcomed him to the position of Senior Pastor at Portadown Baptist. A limited congregation was able to be present while everyone else watched live online, and Pastor Ian Grant of Armagh Baptist Church was the guest speaker, bringing a message entitled “God Is Worthy” from Revelation 4-5.

As Portadown Baptist Church approaches 100 years of ministry, we are looking to the future with an extensive building project which will extend our facilities at Thomas Street and provide room for further growth. We’d love you to join us on our continuing journey as a body of believers seeking to fulfill the Great Commission.

As Pastor Tucker wrote on the occasion of our 50th Anniversary, “We are thankful for the past, but we desire to use it not as a monument, but as a jumping off point for the present and the future”.

To God be the glory for all He has done, we direct to Him all our praise and thanksgiving for how He has helped and sustained our fellowship throughout the past century, and look to Him for enabling for the next 100 years! 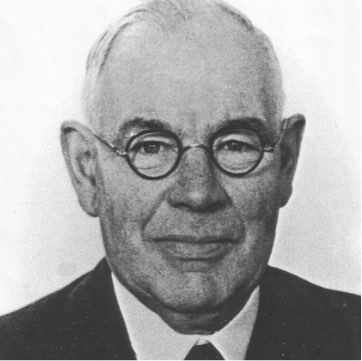 “Manifesting the Spirit of Christ in meekness, forbearance, humility, patience, sympathy and love. His untiring labours in tents, halls, barns and the open air bore fruit in many lives”. 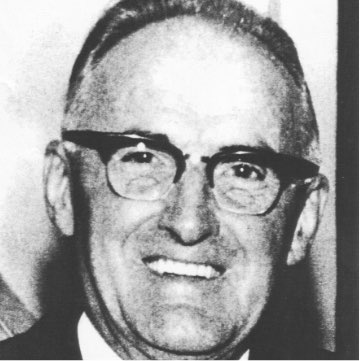 “A feature of his ministry was a great measure of the breaking down of prejudice and of increased fellowship with the other denominations and churches in the town”. 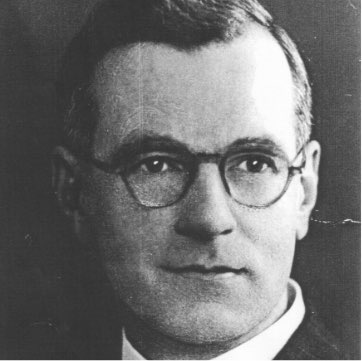 “Faith in the sufficiency and willingness of our blessed Lord was not disappointed”. A local church elder described him as "one of the most Godly men I have ever known". 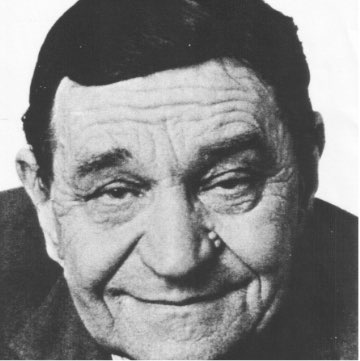 Mr Harry Corbett Jr (Church Treasurer) said of him at the close of his ministry, “Our first impressions, since confirmed many times over, were of your love for your congregation”. 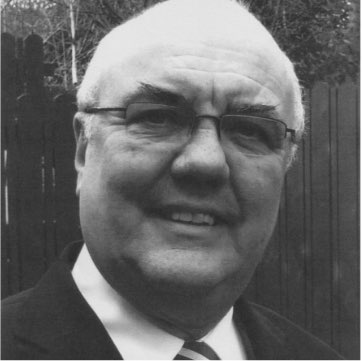 “It is the desire of our hearts to fulfill the ministry God has given to us, and in doing so, bring glory to His name”. 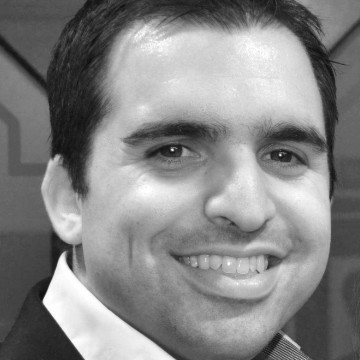